For KCW I usually only select patterns that I had sewn before and, therefore, I’m confident that could be accomplished within the 1-hour time-frame (with some exceptions, of course). But for the last day of KCW July 2014 I decided to sew a just-released pattern from Citronille: the Rosamée dress.

I was immediately taken by the simple design of this dress (and those lovely flutter sleeves …). The package arrived the week before KCW and from reading the instructions I could tell it was going to be an easy sew (so, this was actually done during KCW). And I was right!

Simple sewing for such a gorgeous results, no wonder this has just become my new favorite Citronille pattern.

There are only a few pieces and I’m sure it won’t be long before you start to see similar versions everywhere. It’s a simple round-yoke dress (buttons in the back) with flutter sleeves and gathered skirt (sorry about the blurry picture, but it gives you an idea of the back view).

Usually Citronille sizes run a bit too short on my girl, but this is actually a size 6 (she’s 6 1/2 years) and there’s some room to grow. Which is great, because she immediately labelled it as a “fall dress” (“because of the colors mummy“) so obviously I could expect her to wear it for quite a few months, right?

Citronille patterns don’t really offer you great sewing techniques or additional features (like different views and options), but they always manage to capture French style so well with simple, classic looks that never go out of style.  My initial idea was to sew a chambray version, but this Liberty print (Mirabelle) was begging to be used … 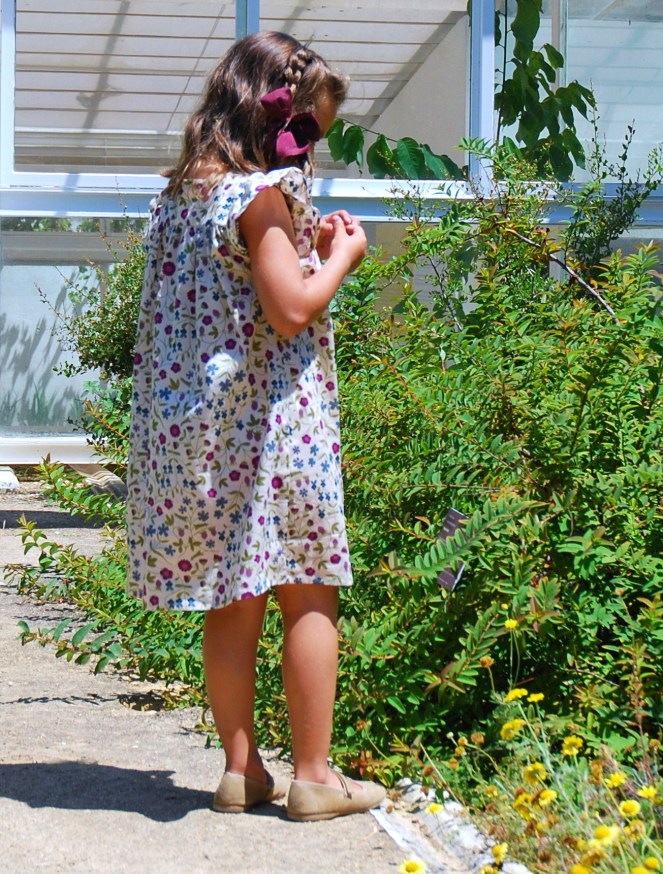 So there you go, my final contribution to KCW July 2014.

Shall I come back tomorrow for a KCW recap? See you tomorrow. 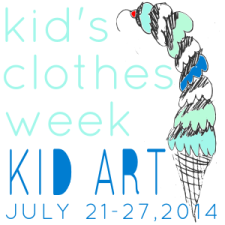