I don’t really sew much for my boys – they do ask for it, but they are getting older/bigger and it does makes more sense, money-wise, to purchase most of their clothes. There are however a few exceptions, like summer shorts!

My younger boy usually inherits a few store-bought pairs from his older brother (in plain colors, like navy and khaki) and then “we” add a few other (handmade) options. The main rule is, he picks the fabrics/patterns and I sew. So far, it works!

Besides the new Townmouse pattern (shown here), I’m still using Oliver+S Sandbox pants pattern as a template for boy’s summer shorts. I make only 2 simple mods: reduce the pants length to shorts length (obvious, I know) and add an elasticized  waistband (instead of the drawstring included in the pattern).

Probably because he’s very slim, he can get away with wearing these shorts for 2 or 3 seasons (I just need to replace the waistband elastic).

Last year, we added stripes to his wardrobe. This year, we picked stars and bold plaids (the stripes are still in heavy rotation but unfortunately, I forgot to capture some pictures to show you). 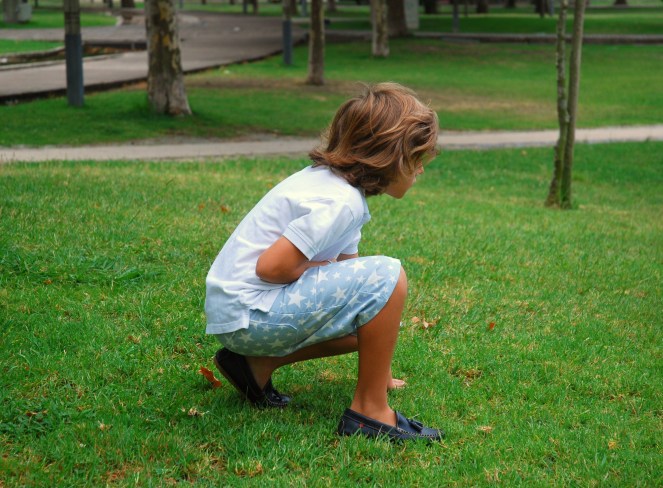 The stars fabric is a medium-weight denim/canvas (remnant from a Seashore dress) that wears/washes really wear. It’s a grayish type of blue that suits both boys and girls.

The plaid fabric above was purchased last year from a local shop and was originally intended for a girl’s dress (yes, there’s pink!), but I think it looks just as great on a boy – obviously I wouldn’t pair it with a pink polo, but it does look nice with navy, white and orange. 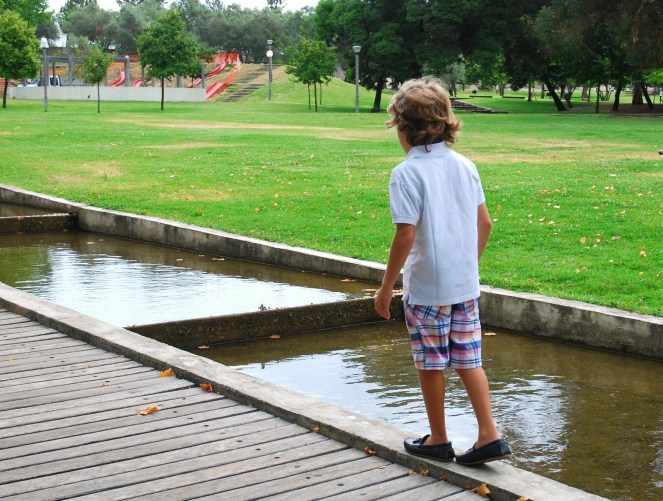 The front and back pockets were cut on the bias, which adds a bit of interest. These are probably my favorite pair and he loves it as well.The fabric is a super soft cotton perfect for our hot humid summer weather – almost like linen minus the wrinkle factor 🙂

Finally, a third pair was made again from a bold plaid print – navy and red always look great, right?

Unfortunate this pair was cut (and sew) during one of my late-night sewing marathons so I totally forgot to cut the pockets on the bias.

I had the intention of replacing them later, but this little boy decided that they were “just perfect!” and wore them the next day. I’m sure I can live with that, right?

The shorts are cut on the longer size in order to accommodate any growth spur. Hopefully, all of these will still be worn next year. 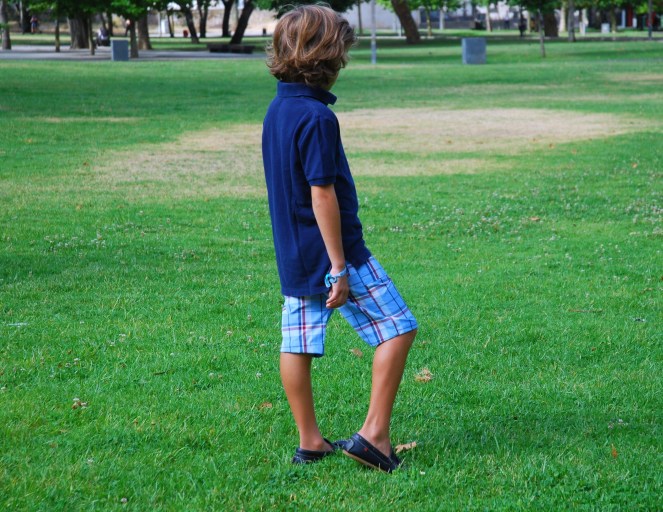 Can you guess which pattern I will be showing you next?

A hint: It’s a lovely summer dress and I’ve been waiting for months to sew a size 7 for my girl! 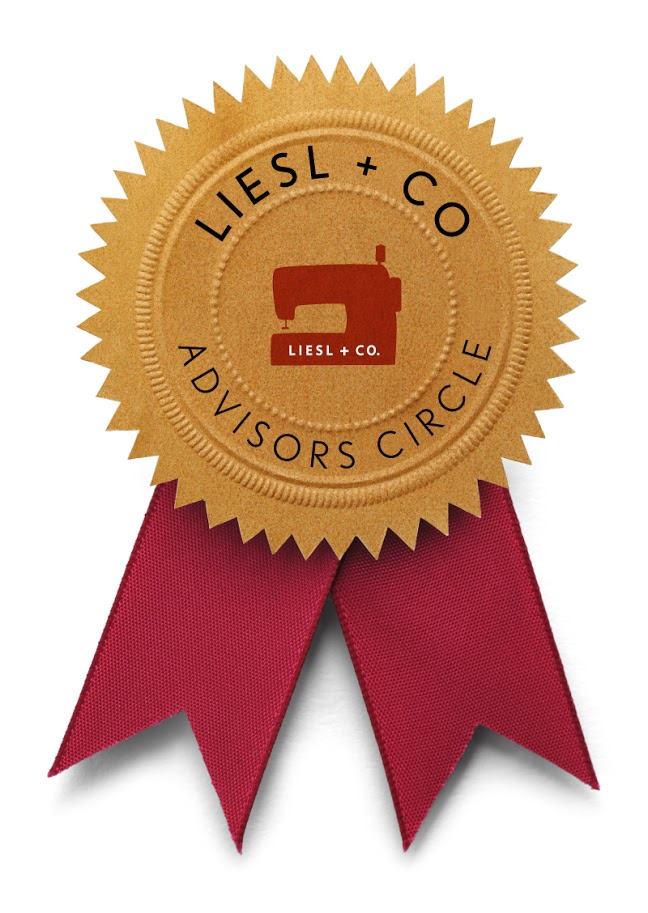